Also known as the Orb Weaver Spiders, spiders within the family Araneidae are usually the ones you most commonly find in your garden although they do occur in many other places with foliages too. These spiders in general spin spiral-wheel type webs that are used for a number of functions, most notably to catch prey.

Orb Weaver Spiders come in a huge range of variety, ranging from small to large; dull to very colourful! This post is made especially for these unique spiders, and we hope that you will learn more about them with each photo! 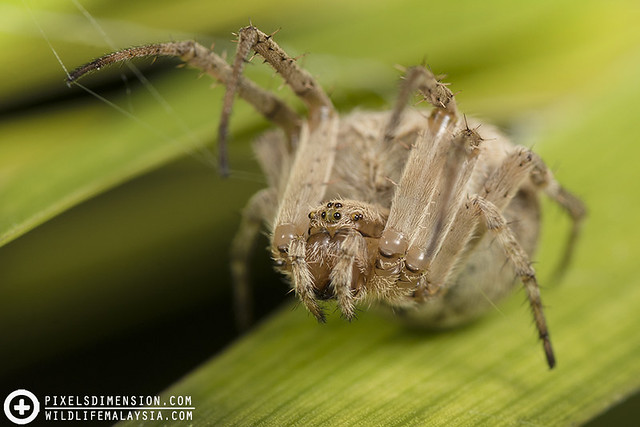 #41. A female Brown Sailor Spider (Neoscona nautica). Up-close shot showing her unique 8-eyed arrangement. This spider is waiting for the sun to set, so that she can start spinning her web and “hunt” during the night. 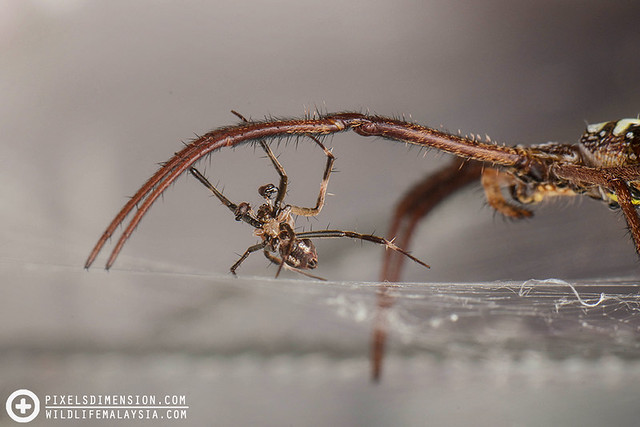 #42. A male Reinwardt’s Argiope spider (Argiope reinwardti) attempting to stimulate the female before mating. The males are known to seduce and turn on female spiders by rubbing on their legs and body parts; this will give the male spider an opening to mate with the female (without being eaten, of course XD) 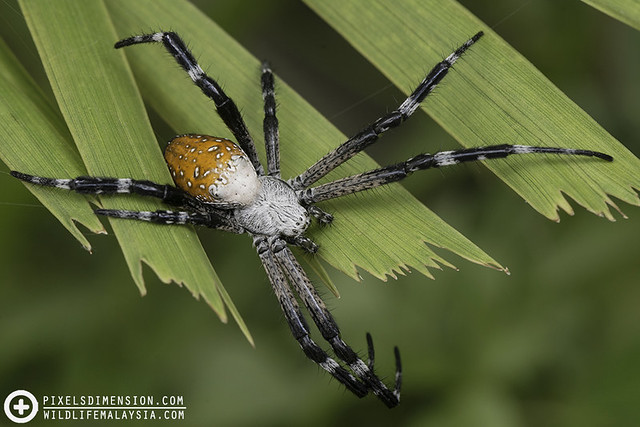 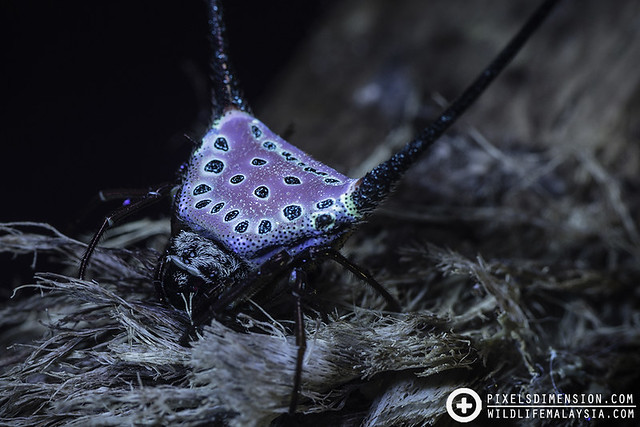 #44. A female Curved Long-Spined Spider under UV (Macracantha arcuata). Most, if not all spiny spiders have hard and tough abdomens that will fluoresce under UV illumination, even if they are coloured, as seen in this spider. Check out Macracantha arcuata under “normal” light (Photo #1). The abdomen is reddish-orange in colour. No doubt one of the most bizarre spiders on Earth. 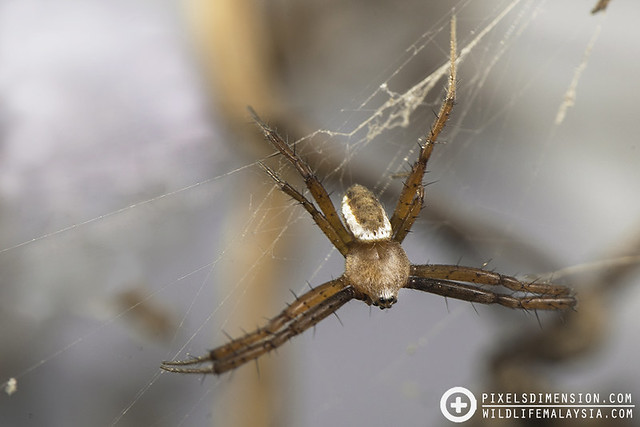 #45. A male Yellow-Silver St. Andrew’s Cross Spider (Argiope catenulata). A male A. catenulata is even harder to find than the female, mainly because they are so small and camouflage very well. The male can be easily recognized by the silver patterns on the abdomen not seen in other male Argiope. 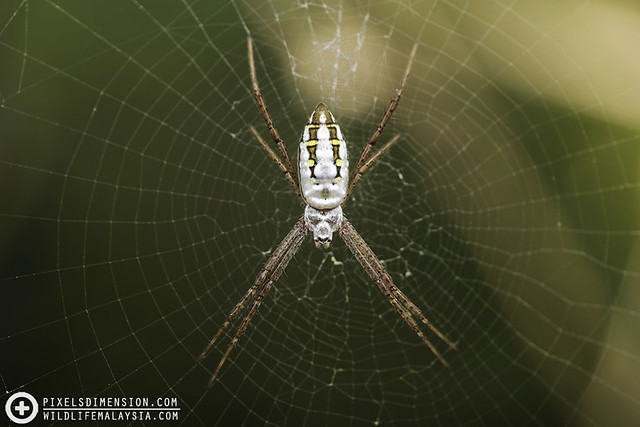 #46. A sub-female Yellow-Silver St. Andrew’s Cross Spider (Argiope catenulata). An uncommon Argiope spider in Malaysia, and possibly one of the most beautiful too, thanks to the silverish abdomen. Had a hard time looking for this spider, and it seems that A. catenulata prefers wastelands or any dry areas, unlike other Argiope. 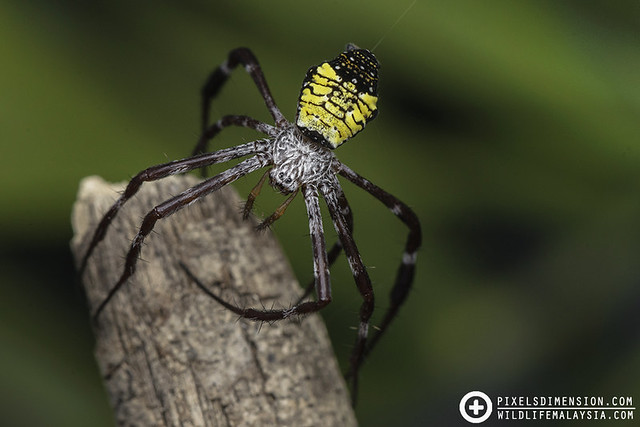 #47. A female Mangrove Cross Spider (Argiope mangal) releasing bridge-line. Ever wondered how a spider builds a web between two structures (e.g. trees) that are far apart? They do it by releasing bridge-line silk which is carried by wind to the other side. Once attached, the spider will lay another anchoring line before proceeding to weave the entire web- a process which may take minutes to hours. 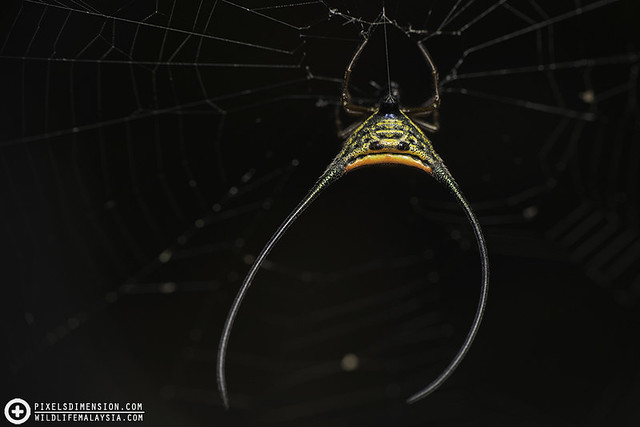 #48. A female Curved Long-Spined Spider (Macracantha arcuata). A shot of the unique Macracantha arcuata from the back. This spider is undoubtedly one of the most bizarre and beautiful out there due to its brilliant colours and of course, the two long protruding abdominal spines. The spines are long, heavy and unwieldy, thus this particular species of spiders prefer to always hang upside down whenever possible to save energy. 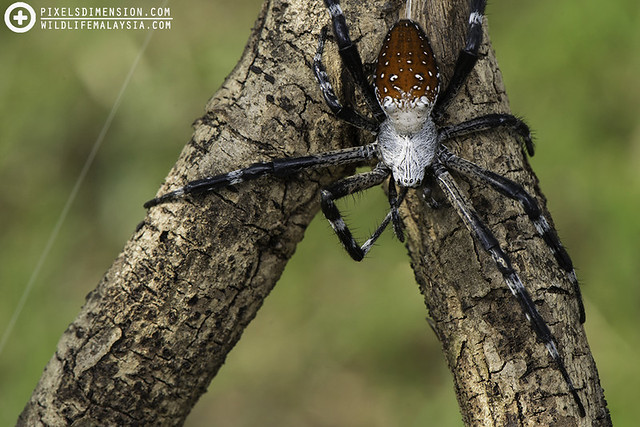 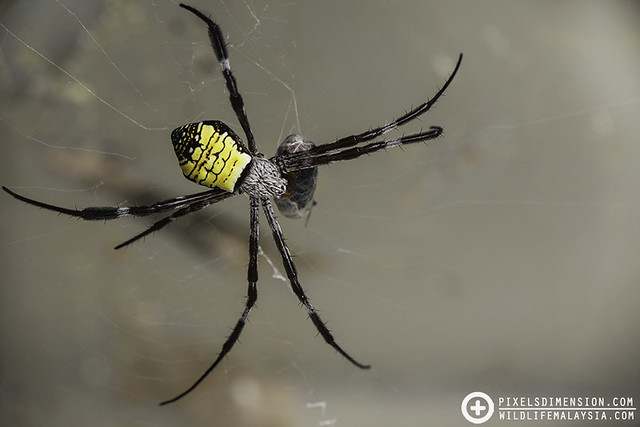 #50. A female Mangrove Cross Spider (Argiope mangal) with blowfly prey. An adult Argiope mangal enjoying a yummy blowfly for dinner. Mangrove Cross Spiders are restricted to mangrove areas and the adults can be recognized by their beautiful yellow abdomens. Blowflies are often found in mangrove areas too, especially when monkey faeces are available. 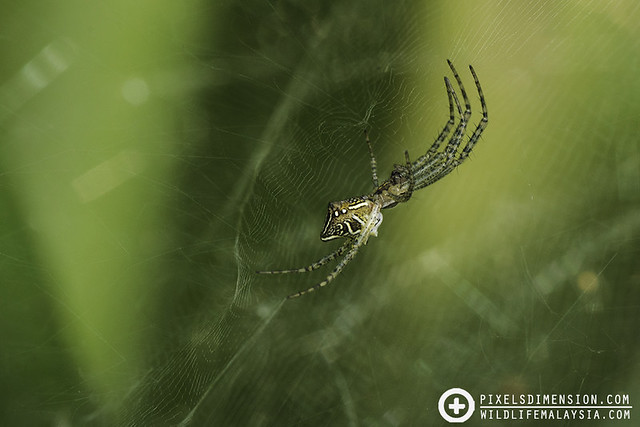 #51. An adult female Four-Humped Tent Spider (Cyrtophora cicatrosa). A tiny tent spider resting head facing down in its sophisticated, 3-dimensional, tent-like web. These spiders are quite small and often overlooked, but the unique webs are hard to miss. The females are known to deposit rounded egg sacs in a vertical fashion on their webs. 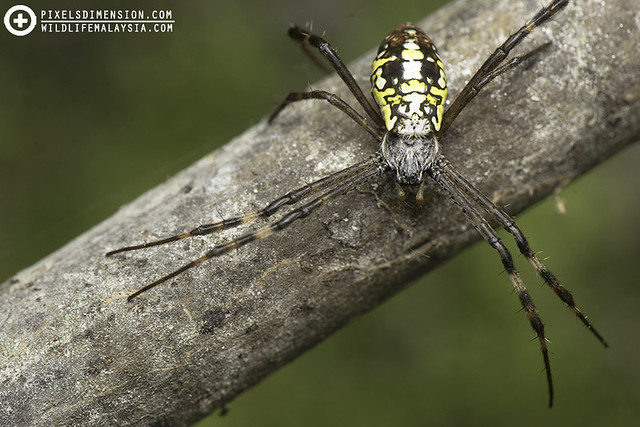 #52. A female Argiope dang. This species of Cross Spider is pretty common throughout Peninsular Malaysia, and can often be found in gardens, parks or places near streams or drains. This spider can grow as large as the other Argiope spiders, and are often confused with A. catenulata and A. mangal due to the similar, cylinder-type abdomen. 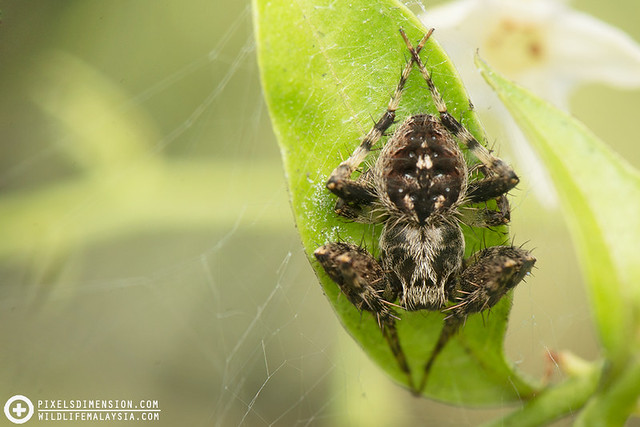 #53. A male Sailor Spider (Neoscona cf. nautica). Found this spider waiting in close proximity to a female Neoscona. The males tend to rest in a diamond shaped manner (as in photo), and builds smaller and messier webs. 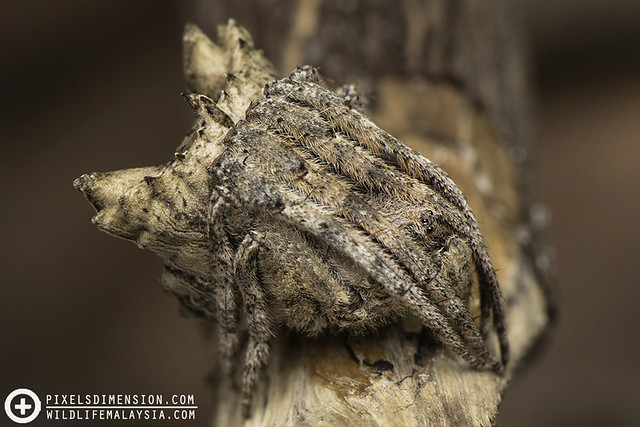 #54. A female Tree-Stump Spider (Poltys cf. illepidus). Undoubtedly one of the most bizarre-looking orb weavers out there, the Tree Stump Spider not only has weird-looking “horns” on its abdomen, it rests in a relatively awkward position too. This helps the spider camouflage very well on tree branches and twigs. Tree-Stump Spiders are nocturnal and build large webs at night. 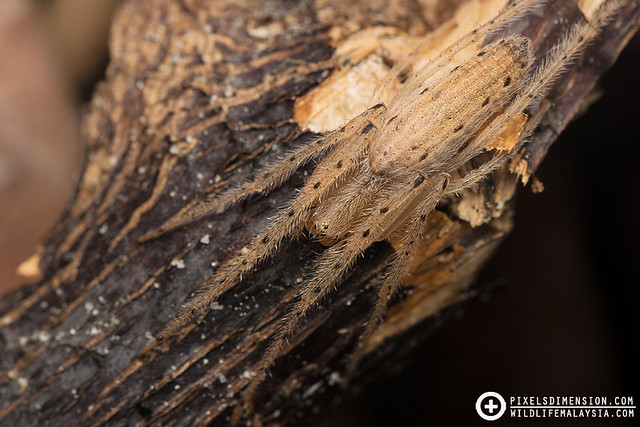 #55. A female Grass Orb Web Spider (Liprocea cf. fusiformis). Grass Orb Web Spiders are nocturnal spiders that love to position themselves with stretched legs so that they are well-camouflage among long lalang grasses. The identity of this orb weaver spider is somewhat in disarray and will require more studies. 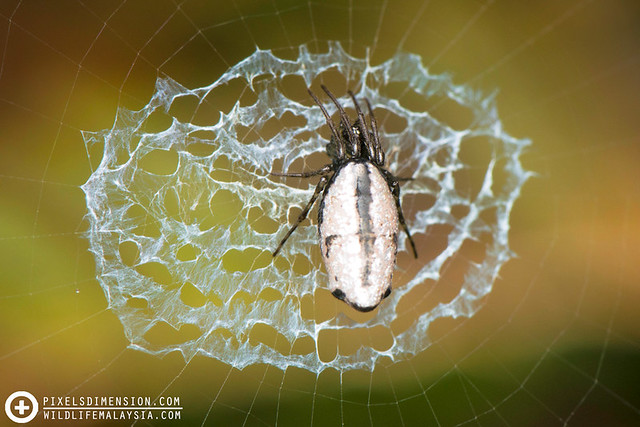 #56. Cyclosa spider and web stabilimentum (Cyclosa sp.). A large debris-collecting spider resting on the centre of her web. These zigzag structures are termed stabilimentum (plural stabilumenta) which supposedly provide stabilization and rigidity to the web.