Lizards represent a big group of reptiles, typically with legs and scales on their body which make them vastly different from snakes. Lizards can range from the tiny common House Geckos to huge Monitor Lizards. Although often portrayed or named somewhat similar to dinosaurs, lizards are not descendants of dinosaurs which became extinct 65 million years ago.

In Malaysia, most are not familiar with lizards (apart from the “annoying” House Geckos) as they tend to be stealthy or nocturnal. However, this is not to say that we lack lizard biodiversity in our beautiful country. Contrarily, we have some of the most colourful and amazing lizards around, which we are eager to share with you.

Here at Wildlife Malaysia, we believe that knowledge is the key to understanding and appreciation of nature. So let’s learn a little bit more about these scaled reptiles, shall we?

Lizards are reptiles- cold-blooded animals (poikilotherms) with scales on their bodies.
Although not entirely universal, lizards can generally be differentiated from other reptiles (particularly snakes) by a combination of the following traits:

1. Two pair of legs. This is true for a majority of lizards apart from Legless Lizards. 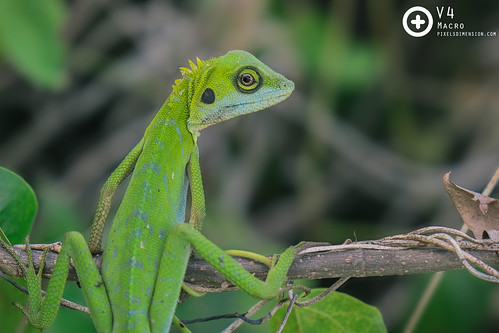 A Green Crested Lizard (Bronchocela cristatella). Most lizards have 4 legs.

2. An external pair of ears, which can usually be seen around the neck portion of the lizard. 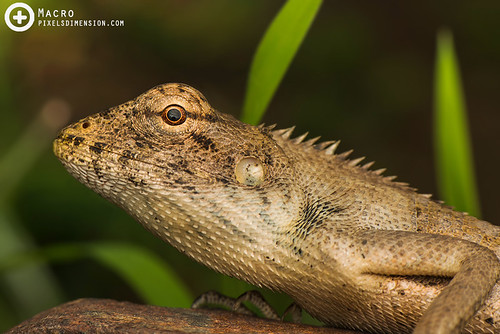 A female Oriental Garden Lizard (Calotes versicolor). Lizards have ears which are located between the eyes and neck.

3. Eyelids. Lizards possess eyelids that protect their eyes, though not all lizards can blink like we do. 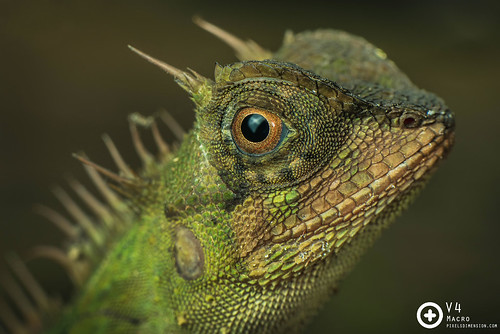 A Mountain Horned Dragon (Acanthosaura armata). Most lizards have eyeslid which are usually closed from the bottom. Some lizards have transparent eyelids.

4. A tail. Most lizards have a distinctive tail that can be purposely broken off in a phenomenon called autotomy.

The Dwarf Gecko (Sphaerodactylus ariasae) and Dwarf Sphaero (Sphaerodactylus parthenopion) are the two smallest geckos in the world, with a snout-vent length (measurement from the tip of the nose to the cloaca “butt hole”) of only 1.6cm!

The largest lizards alive are none other than the Kodomo Dragons (Varanus kodomoensis) that are native to Indonesia which are capable of growing up to an amazing 3.13m in length!

The taxonomic grouping of lizards can be rather sophisticated, but they can be differentiated into four groups (suborders), namely: 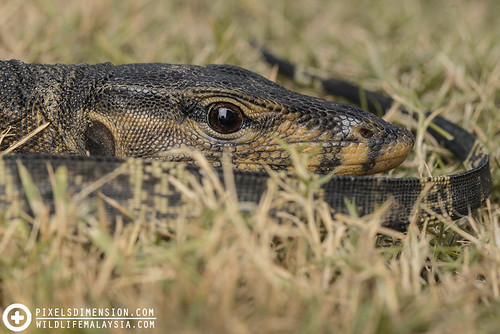 3. Suborder: Gekkota, which includes the geckos. 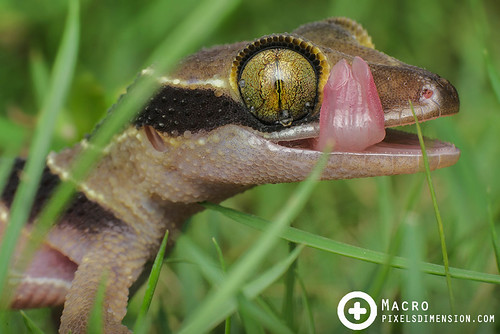 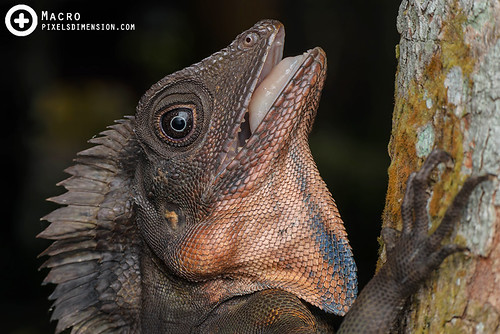 Lizards rely heavily on their visions for various purposes, particularly for predation and communications.

A majority of lizards display colourful skin tones that may be altered as a form of communication between lizards. Movements, gestures are often used for interaction between lizards as well, which is why good eyesights are important to lizards. 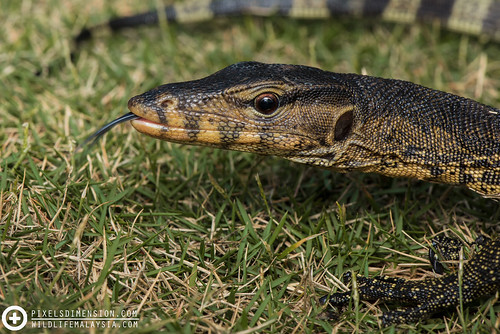 A Water Monitor Lizard (Varanus salvator) flicking out its tongue to survey the surrounding environment.

Some lizards like the monitor lizards have forked or split tongues which can be used to “smell”, which is why they are often seen flicking their tongues every once in a while. This phenomenon is also seen in snakes.

Lizards are often colourful creatures which are capable of changing their skin colours depending on the mood as well as the surrounding environment. This unique trait gives the lizards an edge when it comes to camouflage, intimidation and even rivalry. 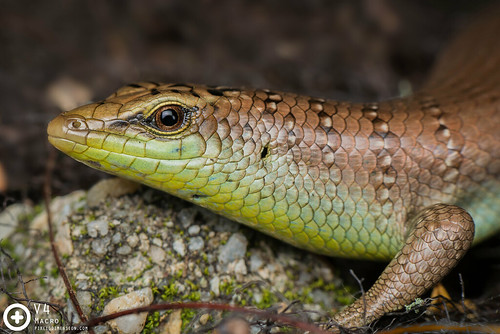 The colours are often the most striking on the tails. This is an effective strategy to entice predators to strike the tail first, which the lizard can break off in a process called autotomy to escape. The tails can be easily regenerated.

Most lizards do not display obvious reproductive structures and are thus difficult to identify as a male or female based on gross morphology. However, lizards of the same species will have no problems recognizing their compatibility by means of pheromones and vision. Female lizards often select healthy males based on their pheromones as well as skin colours. 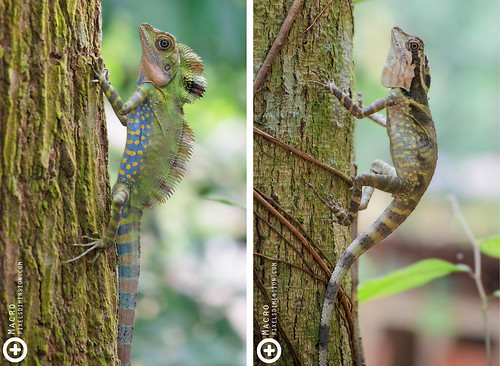 Male lizards keep their testicles within their bodies and will become swollen during the breeding season. Male lizards often need to resort to mating dances or gestures in order to attract a female lizard of the same species.

The reproduction of lizards involves internal fertilization. However, the male lizards do not ride on the back of the female as seen in many other organisms. In fact, a male lizard often moves to the side of the female and “grabs” her by biting her on the neck, during which fertilization occurs as the male uses one of his hemipenes for sperm injection into the female.

Most lizards lay eggs although some are known to give birth to developed younglings.

Like many other organisms, lizards will shed their skin in order to allow further growth. This mechanism also allows the riddance of skin-related infections.

Lizards moult their skin every once in awhile and are known to rely on abrasion with rough surfaces to remove the old skin.

Lizards do not bring about any direct benefits or harm to human beings, although there was an isolated report of a Kodomo Dragons attacking a child.

Lizards make up a huge component of the food web and thus contribute to the stability of the ecosystem. 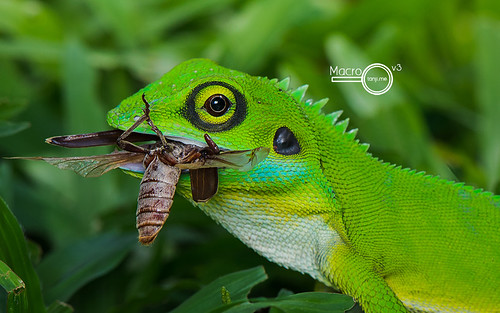 A Green Crested Lizard (Bronchocela cristatella) feasting on a bug. Lizards play an important role in balancing the food web.

Some exotic and colourful lizards are often kept as pets.

This pretty much sums up the basic info on lizards, we hope that you have learnt something useful from this article. To learn more about this magnificent creatures, please proceed to check out our photos of them!