Members of the suborder Mesothelae are mostly extinct, with only one family Liphistiidae still roaming the surface of the Earth today.

These spiders are amongst the most ancient spiders alive which comprises of true spiders living on Earth around 300 million years ago; thus termed “living fossils” nowadays.

The appearances of these spiders are very much different from our modern day spiders, particularly the two pairs of booklungs (instead of one), fangs pointing downwards (instead of sideways) and the spinnerets on the middle bottom of the abdomen (instead of at the end).

Malaysia is known to harbour Liphistius Trapdoor Spiders which can be found in caves or on mud slopes at cool areas.

Let us more about these “living fossils” via photos! 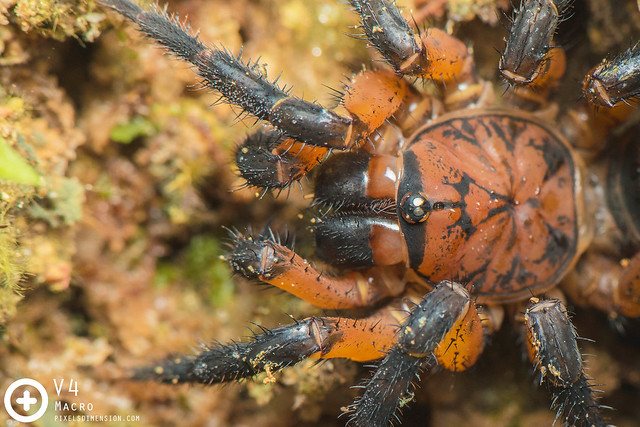 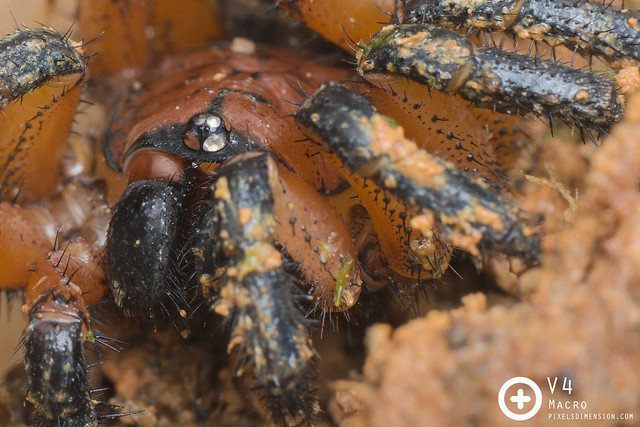 #2. A female Trapdoor Spider (Liphistius desultor). Note the unique arrangement of all of its 8 eyes on a turret-like bulge. This beautiful spider can grow as large as an average human’s palm. 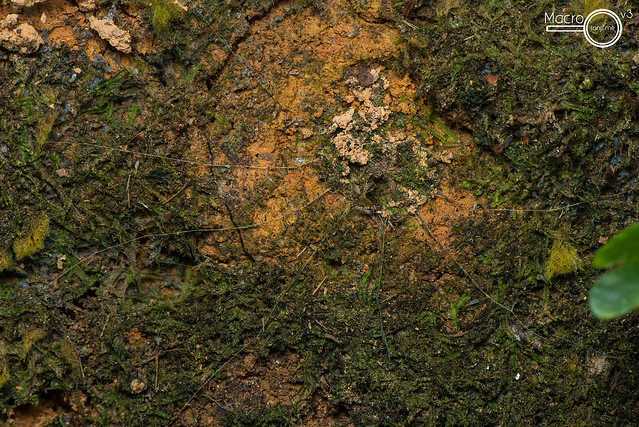 #3. A Trapdoor Spider’s Trapdoor. Liphistius spiders build specialized and highly camouflaged trapdoors such as this on mud slopes, tree crevices and even in caves! The trapdoor is usually attached to 7-8 radiating threads of silk which lead into the burrow underneath where the spider resides. The spider puts its pedipalps and 3 pairs of front legs on each thread. Whenever there’s a disturbance i.e. an insect passing by; the spider will immediately rush out, catch it and return to its burrow. 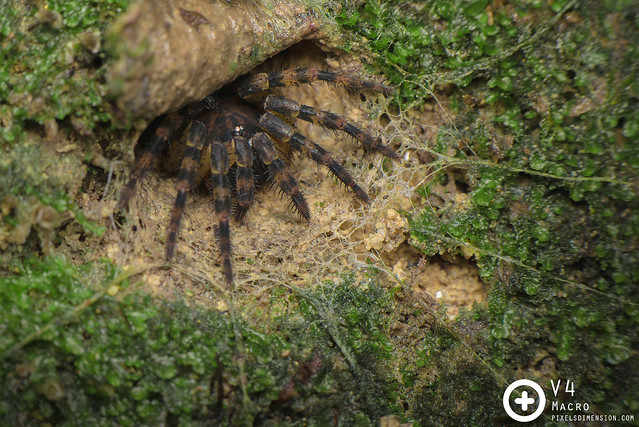 #4. A hungry juvenile Trapdoor Spider (Liphistius desultor) waiting in front of its trapdoor for preys to pass by and touch the triplines (see #3). The Trapdoor is flipped opened in this shot to display how the spider places its legs and pedipalps on the ends of each tripline (total of 8 in this photo). 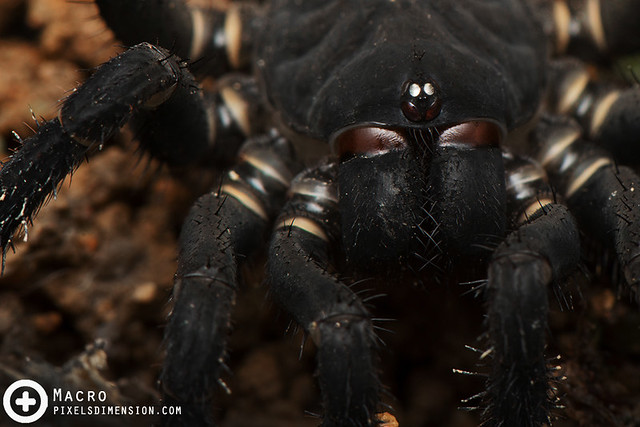 #5. A female Malayan Trapdoor Spider (Liphistius malayanus)- another species of Trapdoor Spider that is relatively more common in Peninsular Malaysia. These spiders are almost entirely matte black, and look horribly scary. However, they are generally shy creatures that prefer to stay away from trouble. 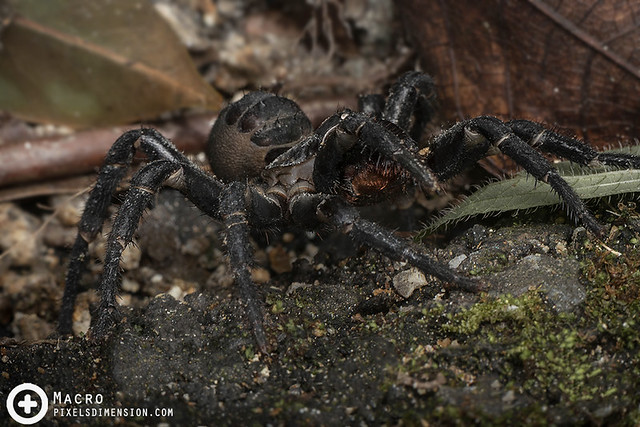 #6. An angry female Malaysian Trapdoor Spider (Liphistius malayanus). Most Trapdoor Spiders prefer fleeing from danger using their lighting-fast sprints; but those that have grown very large and heavy can no longer run, thus they will resort to aggressiveness when provoked. 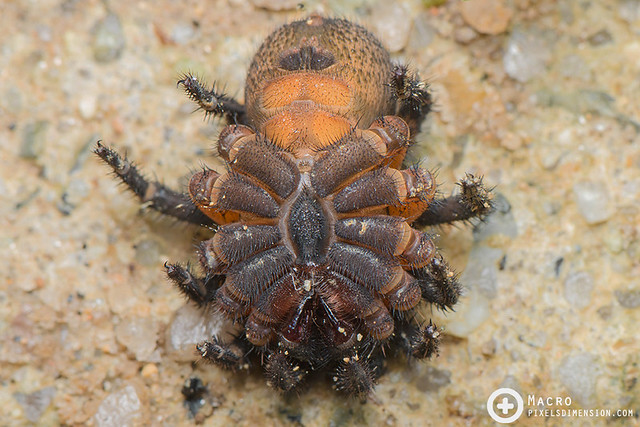 #7. A Trapdoor Spider (Liphistius desultor) playing dead. Trapdoor spiders are known to play dead when disturbed, and while they are lying upside down, you can see the unique characteristics of these “living fossils”- some of the oldest spiders alive today! Note the 4 pair of book lungs (light orange patches) instead of 2, the downward pointing fangs (instead of sideways-pointing) and the location of the spinneret which is at the bottom of the abdomen (instead of at the terminal). This “playing dead” behaviour is particularly interesting: If a spider as “old” as this knows how to act dead, it basically means that this trick is likely useful 300 million years ago too- a way to confuse preys that rely on vision to hunt.